Terralog Technologies Inc. (TTI) has provided full scale SFI™ services for the safe disposal of NORM waste generated by Saudi Aramco. TTI was the operator of the Aramco NORM disposal facility in KSA. This project is the first large-scale deep well disposal-injection operation in the GCC area for NORM waste disposal.

A dedicated team was established by Saudi Aramco to analyze the levels of NORM generated by the company’s production operations, and to develop a comprehensive NORM management process. Six methods of NORM waste permanent disposal were considered, and SFI was established as the optimum option in terms of economic and risk assessments (Ref: M. Cowie et al., 2012). SFI project field operations started in April 2015 and over 25,000 bbl of NORM contaminated waste material (including fluid, fines and sludge) have been injected in the first phase of the project.

Deep well disposal of NORM contaminated waste has proven to be a viable solution for this project; and all NORM waste streams have been safely handled during SFI operations. 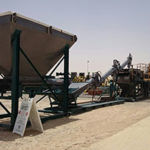 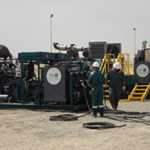 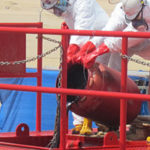 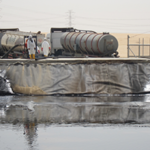